In the late 1700’s Swedish chemist Torbern Bergman and English scientist Joseph Priestley invented equipment for saturating water with carbon dioxide. This was commonly called soda water, although it contained no soda. Benjamin Silliman, a Yale chemistry professor introduced soda water to America in 1806 when he began selling mineral waters in New Haven, Connecticut. Sales were brisk. In 1832 John Matthews of NYC and John Lippincott of Philadelphia began manufacturing soda fountains. By 1891 the four largest soda fountain manufacturers formed the American Soda Fountain Company. These fountains were dependent on ice and a way was sought to have a soda fountain without ice. In 1888 Jacob Baur of Terre Haute, Indiana founded the Liquid Carbonics Manufacturing Company in Chicago becoming the Midwest’s first manufacturer of liquefied carbon dioxide. In 1908 William H Wallace obtained a patent for an iceless soda fountain. The newer manufacturers competed with the American Soda Fountain Company and took a large share of the market.

Soda fountains are found in pharmacies, ice cream parlors, candy stores, dime stores, department stores, and train stations. They serve an important function as a public space where neighbors can socialize and exchange community news. The server behind the counter is called a “soda jerk”.

Clarence F Underwood was born in Jamestown, New York in 1871. He studied at the Art Students League and the Academy of Julian in Paris in 1896. Underwood was a member of the Society of Illustrators in New York City in 1910 and was on staff of the New York Press. He currently illustrates for SATURDAY EVENING POST, LADIES’ WORLD and other magazines as well as many literary works. 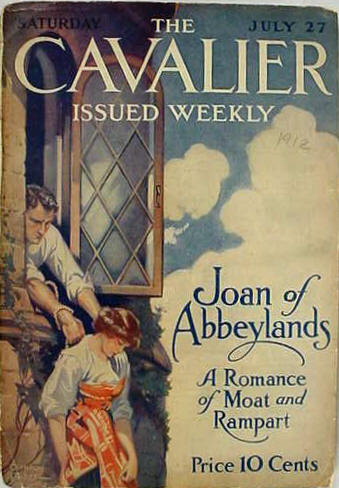 Ex-president Theodore Roosevelt has decided to run against incumbent president William Howard Taft in the up-coming elections in November 1912. Roosevelt’s move has ripped apart the Republican party, pitting progressives against conservatives. Some see his actions as a vain egotistical move with little chance of success. 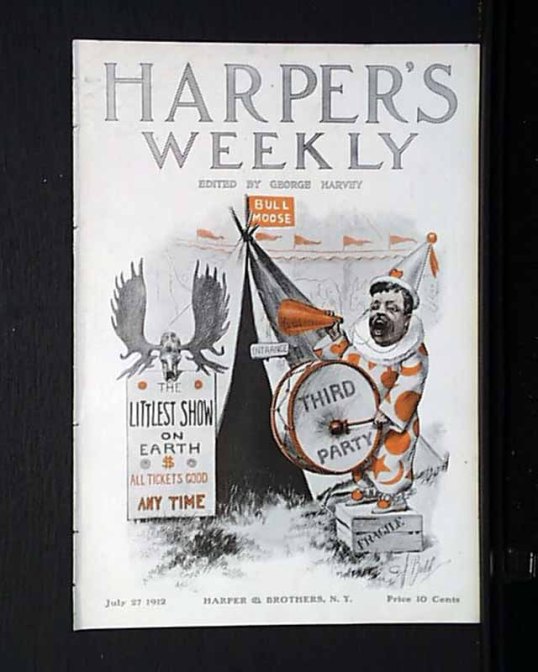