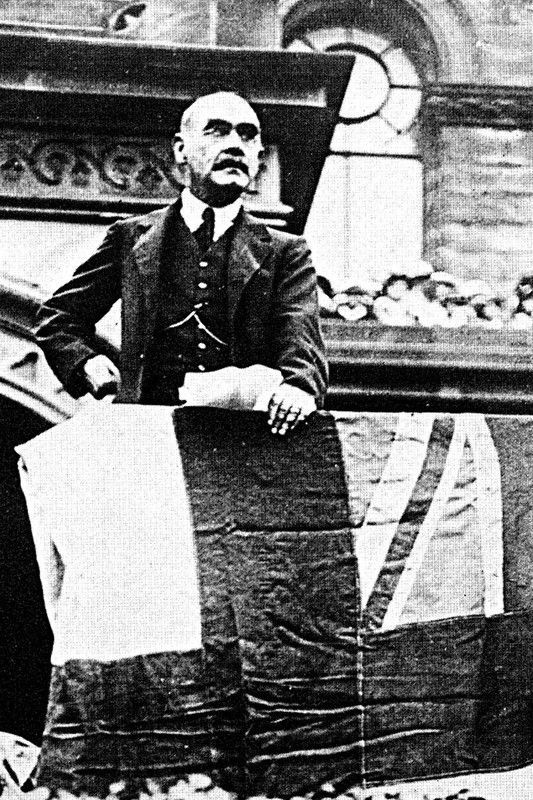 Rudyard Kipling was born in December 1865 in Bombay, India. When he was six, he was sent to boarding school in England. In January 1878, Kipling was admitted to the United Services College, a school founded to prepare boys for the British Army. In 1882 Kipling returned to India to be assistant editor of a small local newspaper, the Civil & Military Gazette. In November 1887, he was transferred to the Gazette’s much larger sister newspaper, The Pioneer, in Allahabad, India. He returned to London in 1889 and by 1892, Kipling had written THE JUNGLE BOOK It became popular and Kipling is one of Britain’s most prominent authors.

Since the beginning of the war, Kipling has been writing patriotic pamphlets and making speeches supporting Britain’s war efforts.

On January 27, 1915 Kipling is addressed a meeting at the Mansion House, in the City of London, official residence of the Lord Mayor. The object is to raise money to provide military bands for recently-raised battalions. Kipling’s son John is a Second Lieutenant in the 2nd Battalion of the Irish Guards, a position he gained through his father’s influence. Kipling reads “Soul Of A Battalion”

“Soul Of A Battalion” by Rudyard Kipling