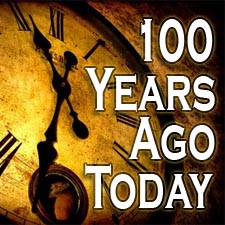 Harriet Quimby was born in 1875 in Michigan. She moved with her family to California. A brilliant self-promoter, Quimby called herself and actress and claimed to be educated “back east”. She started writing articles for the “San Francisco Bulletin”. In 1903 she moved to New York City to become the theatre critic, feature writer and photojournalist for “Leslie’s Illustrated Weekly” where she became a freelance reporter and photographer for Leslie’s Illustrated Weekly and later drama critic then editor of the Women’s Page. More than 250 of her articles were published over a nine-year period. Her writing skills as well as an acquaintance with D W Griffith made her one of the first female screenwriters and she wrote seven films for Griffith. She is described by her contemporaries as a “tomboy full of verve and spunk who was prepared to try anything.” In one article she told readers what it was like to ride in an open-air automobile at speeds in excess of 100 miles per hour. A pursuit of the new invention of flight seemed inevitable. 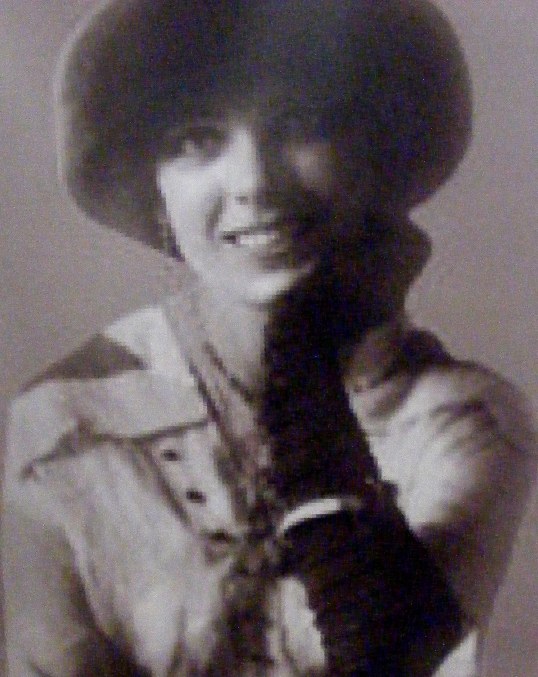 Quimby attended the 1910 Belmont Air Meet in New York, one of the world’s first international air shows featuring the Wright Brothers and Glenn Curtiss. She claims she is “completely seduced by flying”. She told her friends it “appeared quite easy. I believe I can do it myself…and I will.” Harriet had convinced her editors at Leslie’s that they should pay for her flying lessons and she in turn would record her experiences for the magazine’s readers.

“If a woman wants to fly, first of all she must, of course, abandon skirts…” 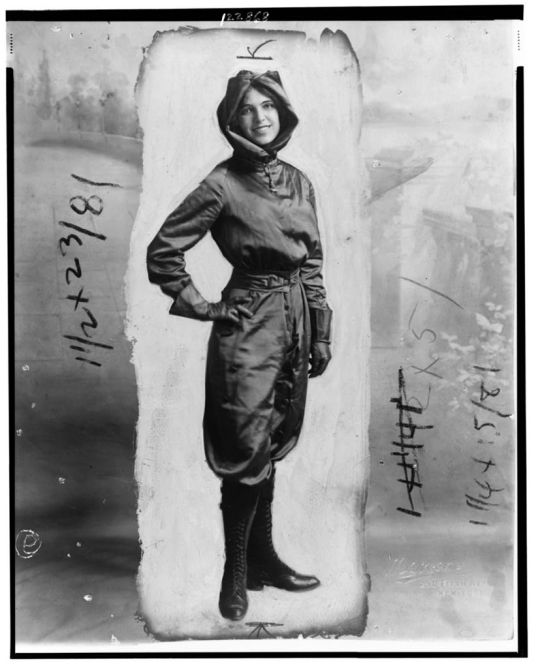 In May, 1911 Harriet started taking 33 lessons at a total cost of $750 from the Moisant School of Aviation on Long Island, New York run by American aviator John Bevins Moisant, the first person to fly with a passenger across the English Channel in 1910. Moisant insisted on secrecy and that she wear a hooded leather suit to hide her gender whenever she flew. In August 1911 Quimby became the first woman to receive a pilot’s license issued from the Aero Club of America, #37. “… (I) walked over to one of the officials, looked him in the eye, and said ‘Well, I guess I get my license’ ”. She described it as “easier than voting” at a time when women were fighting for the right to vote. 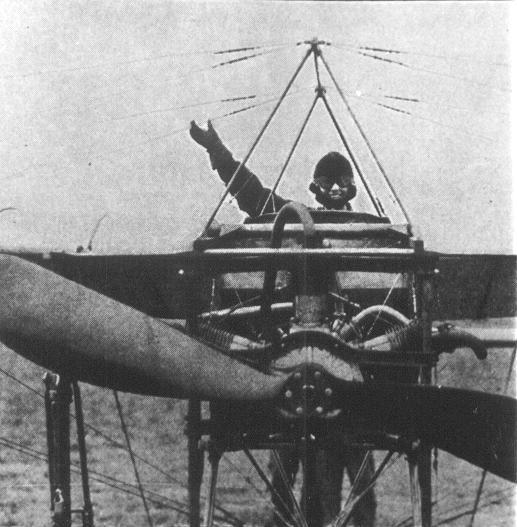 Instead of getting rid of her disguise, she made it her trademark : a one-piece leather and satin flying suit with hood and tall lace-up boots, all colored a striking purple. The Armour Meat Packing Plant of Chicago was marketing a new grape soda called Vin Fiz. They backed the first transcontinental flight by Calbraith Perry Rodgers in 1911. After Roger’s death Vin Fiz hired Quimby in April 1912 as their new spokesperson. 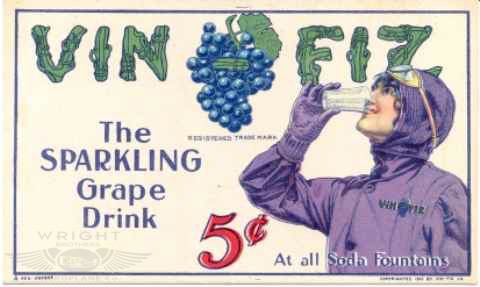 Not satisfied or able to stay put for long, Quimby started training with the intention of becoming the first woman to fly the Channel. In April 1912 Quimby took off across La Manche from Dover. She was off-course and landed 59 minutes after take-off 25 miles north of Calais at Hardelot on a sandy fishing beach. She was met by many villagers who had heard about her attempted flight.

On July 1, 1912 Quimby was at a Boston air show and giving passengers airplane rides. While in the air her plane hit an air pocket and her passenger was pitched from his seat. The sudden imbalance of weight caused Quimby to lose control and she too was tossed from the plane. Both Quimby and her passenger were killed instantly. 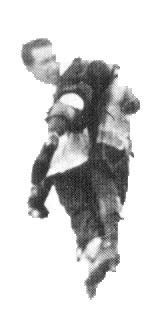 Harriet Quimby’s lifeless body being carried from the crash that killed her
July 1, 1912